In 1994, Atsuhiko moved to New York and attended the Swedish Institute where he added a strong anatomical and technical background to the talent he was born with. After 1200 hours of study, he earned an Associate degree in Occupational Studies in 2006 and became a NY State Board certified massage therapist in 2007. In 2008, Atsuhiko received certification from ARCB and became a nationally certified Reflexologist. In addition, he is a member of AMTA and NCBTMB.

Atsuhiko’s Swedish massages are traditional but unique, combining his knowledge of Eastern theories and techniques with traditional massage. 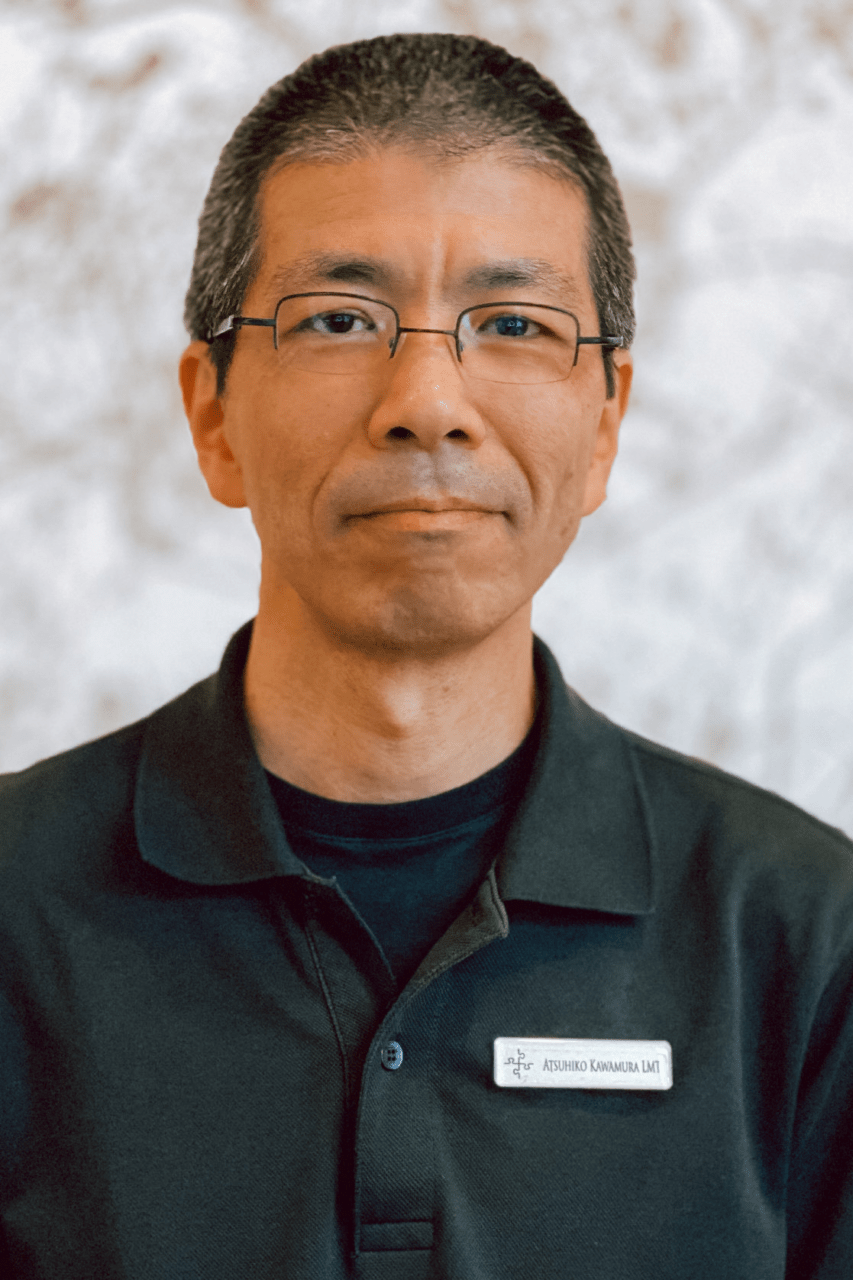