Can Xanthan Gum Cause Intestinal Discomfort and Migraines? 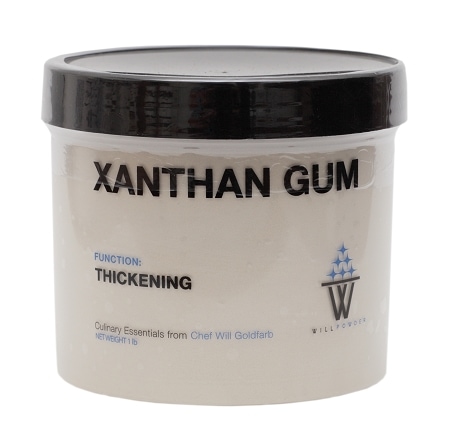 Nutrition Assistant, Rachel Naar, raises some concerns regarding the consumption of Xanthan gum.

The gluten-free market is taking over just about every cafe and supermarket these days. You may have flipped over some of those products and wondered about some of the ‘science-y’ sounding terms. Just what is xanthan gum and is it safe for consumption? First, let’s examine what constitutes a “gum.”

Gums are derived from many natural sources such as trees and bacteria. The following are some of the most common sources for gum. 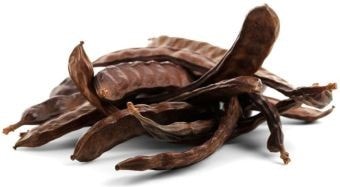 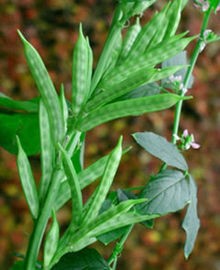 What is Xantham Gum?

Xanthan gum is a hetero-polysaccharide made from the fermentation of a type of bacteria called xanthomonas campestris, along with sucrose, glucose, and lactose. The mixture then gets precipitated into a solid by an alcohol. The remaining substance is dried and ground into a fine powder where a liquid is added to the powder to form gum.

What is Xanthan Gum used for?

Where would I find Xanthan Gum in products?

Note: Xanthan gum can stabilize beer foam, form a gel into a pudding, and even encapsulate flavors in instant-mixes.

How does it work in the kitchen?

Xanthan gum gives gluten-free dough batters a “stickiness” while reinforcing the structure. The gum can also be used as an ice-cream stabilizer, sauce thickener, and has a tolerance to enzymes, salt, and heat. It can dissolve easily in water creating a viscous substance.

What are the controversies regarding Xanthan Gum?

Xanthan gum can cause migraines or skin irritations. Its side effects also include intestinal gas, flatulence, diarrhea, and bloating. Increased exposure can make the symptoms worse. A 1990 report in the “Journal of Occupational Medicine” notes that people exposed to large amounts of Xanthan gum powder, such as bakery workers, can experience flulike symptoms that include nose and throat irritations.

Xanthan gum is also considered a laxative as it binds with water very efficiently. Some individuals present with IBS-like symptoms. Pastry chefs and others that work in bakeries are said to be at a higher risk for possible flu-like symptoms from being around the bacterium. In addition, xanthan gum may interfere with the absorption of iron, calcium, and zinc in the body.

What does the research say?

A study in the British Journal of Medicine looked at the effect of xanthan gum on colonic function. In this study 18 volunteers were given 15g/d of xanthan gum over a period of 10 days. Stool output, transit time, and frequency of defecation were measured.\

Conclusion: The study concluded that xanthan gum was in fact an effective bulk laxative.

The Journal of Occupational

The Journal of Occupational Medicine looked at flu-like symptoms in workers handling xanthan gum in a bakery. The prevalent symptoms were nose, throat, and skin irritations.

Conclusion: The study concluded that the group with the greatest exposure to xanthan gum reported the highest prevalence of nose and throat irritation though they did not show decrease in pulmonary function over the first week or with long-term exposure.

The Journal of Pediatrics

The Journal of Pediatrics was notified of 15 premature infants with necrotizing enterocolitis that were believed to be ill due to ingestion of a commercial feed called SimplyThick. There was a review in 2011 of 22 cases with exposure that revealed a distinct illness pattern.

Conclusion: As a result, the FDA warns against giving a product called SimplyThick which contains the gum. However, it is not clear whether the gum, the bacterial contamination of the gum, or other causes are to blame.

While it makes our ice cream creamier, our gluten-free food chewier, and our salad dressing smoother, is it Hmm or Healthy?

Looking for nutritional guidance? Schedule an appointment with our clinical nutritionist today. Fill out the form below to get started.

How Pilates Can Jumpstart Your Workout Routine

By: Rotem Bar, Pilates Instructor. Sometimes we feel the desire and motivation to pick up old or new…

By: Allison Henriques. The holidays are a time for family, celebration, and perhaps some over-indulgence. From the very…

The Artificial Sweeteners Effect on the Gut Microbiome