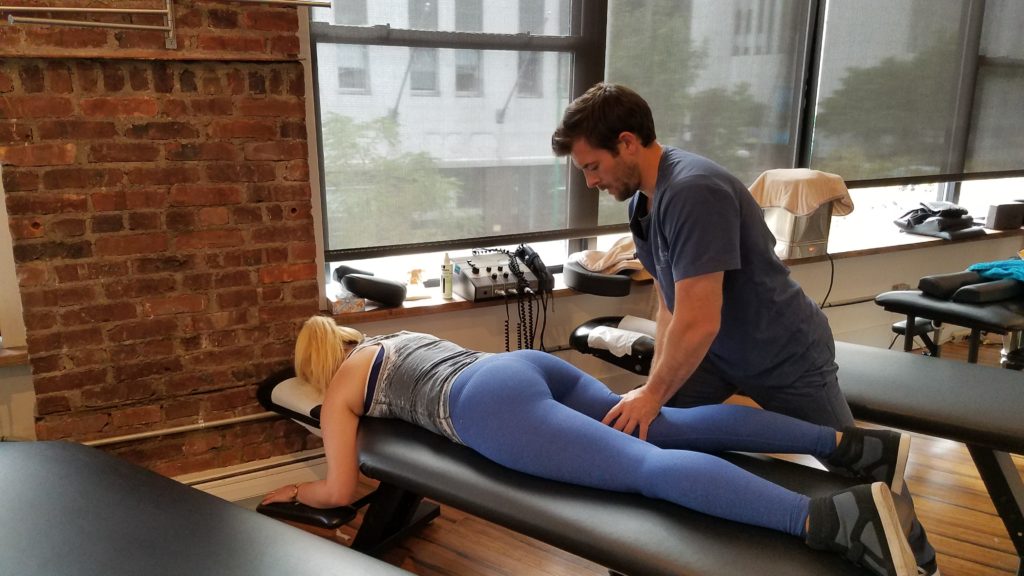 ART is used to treat both acute and chronic soft tissue injuries that have occurred via traumatic event or repetitive motion.

The goal of ART is to prevent a patient from entering a cycle of cumulative soft tissue injury—defined by stages of friction, pressure, tension, decreased circulation, adhesion, fibrosis, physical disruption, and inflammation—or to break the cumulative injury cycle for patients that already present with evidence of cumulative trauma.

Treatment is performed by applying hand contact to the identified tissue with specific pressure and tension followed by either active or passive patient motion (preferably active, but dependent on patient and tissue tolerance).

The technique will vary based on the soft tissue diagnosis, but the most common treatment method is to establish hand contact to the involved tissue with the tissue in a shortened position (i.e., approximation of the proximal and distal attachments points of the tissue) then bringing the tissue to a fully lengthened position while maintaining the hand contact longitudinally along the tissue.

After establishing a diagnosis through examination, the practitioner will perform ART to the appropriate soft tissues.

For example, when treating iliotibial band friction syndrome, the practitioner will typically perform ART directly to the iliotibial band as well as surrounding tissues that may be contributing to the dysfunction (e.g., tensor fasciae latae, biceps femoris, vastus lateralis).

Doctor contacts ITB and then patient lengthens vastus lateralis distally by moving the hip into extension and adduction and the knee into extension.

Doctor contacts short head of biceps femoris and then patient moves the knee into extension.

Through the examination, the practitioner will also be able to identify other areas of dysfunction outside of the region of complaint that may require ART, such as poor ankle mobility that is contributing to poor activation of the gluteus maximus and hamstring group during running.  Patients who have performed exercises, self myofascial release (e.g., foam rolling), or other forms of myofascial release (e.g., massage, rolfing, Graston) with minimal or temporary improvement should seek evaluation by a practitioner to determine if ART is appropriate.

Find out if Active Release Technique is right for you. Schedule your evaluation today.

Through the years, especially in the last twenty years, what the medical field knew about tendon pathology has…

By: Dr. Stefanie Tropea, DC. If you’re physically active, chances are you’ve rolled your ankle at least once…